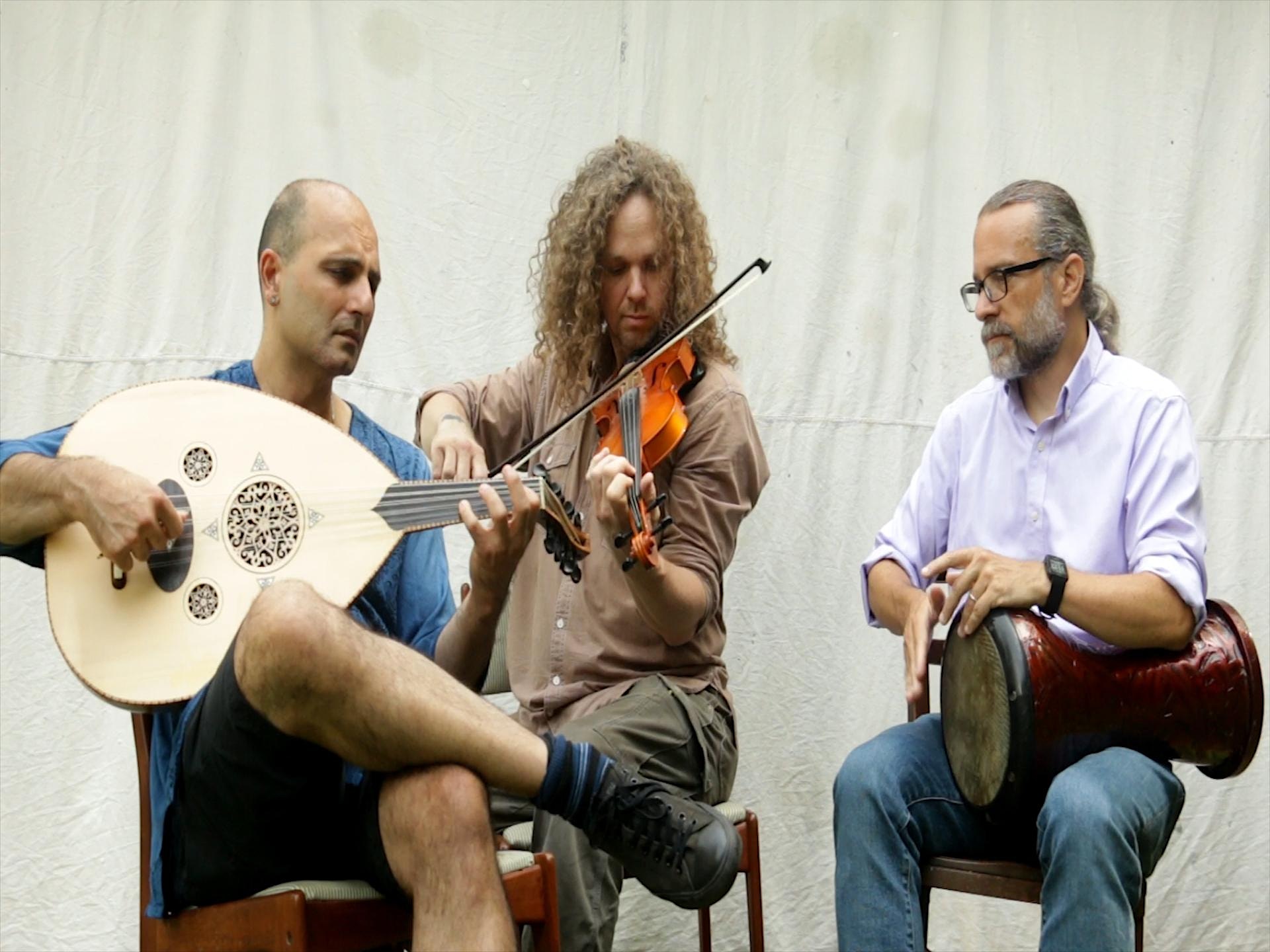 Join us for a performance by SOUK, playing middle-eastern and Arabic, Turkish, Persian, and Greek music, ranging between hypnotic and danceable, instrumental and vocal pieces. SOUK was formed in 2010 by Nikolai Ruskin, Jesse Koennecke, and Dara Anissi, who have been performing together for over two decades. Performing on violin, oud, percussion and several other traditional instruments, they will be joined by Middle Eastern dancers Anna Horn and Alicia Free.

SOUK plays traditional Arabic and Turkish music, based on Maqam, a complex modal system with emphasis on improvisation, and Iqa, a wide variety of rhythms. Their repertoire ranges from Raqs Sharqi, the music played in cabarets for bellydance, to Muwashahat, 16th century songs that migrated from Andalusia to Aleppo, Golden Era classics by famous singers like Ohm Kalthoum and Abdel Halim Hafez, to folk music from Upper Egypt and the Black Sea region of Turkey.

In 2002, Nikolai co-founded the Cornell Middle Eastern Music Ensemble with Professor Martin Hatch, of which he was Music Director until relocating to the Manhattan area in 2005. There, he performed with the Arabic music group, “Zikrayat”, as well as Moroccan musician Rachid Halihal. In 2007 Nikolai was the primary musician for the theatrical play, “The Arabian Night’s Dream” at the University of Storrs, CT. In 2009 and 2011, he performed with the Georges Lammam Ensemble in Minneapolis, MN, for the dance troupe Jawaahir. Returning to Ithaca in 2010, he formed the group SOUK with Dara Anissi, and Jesse Koennecke. Nikolai returned as Music Director for the Cornell Arabic Music Club in 2018. More recently, he has returned to explore his heavy metal roots, and took up Southern old-time banjo and fiddle in 2020.