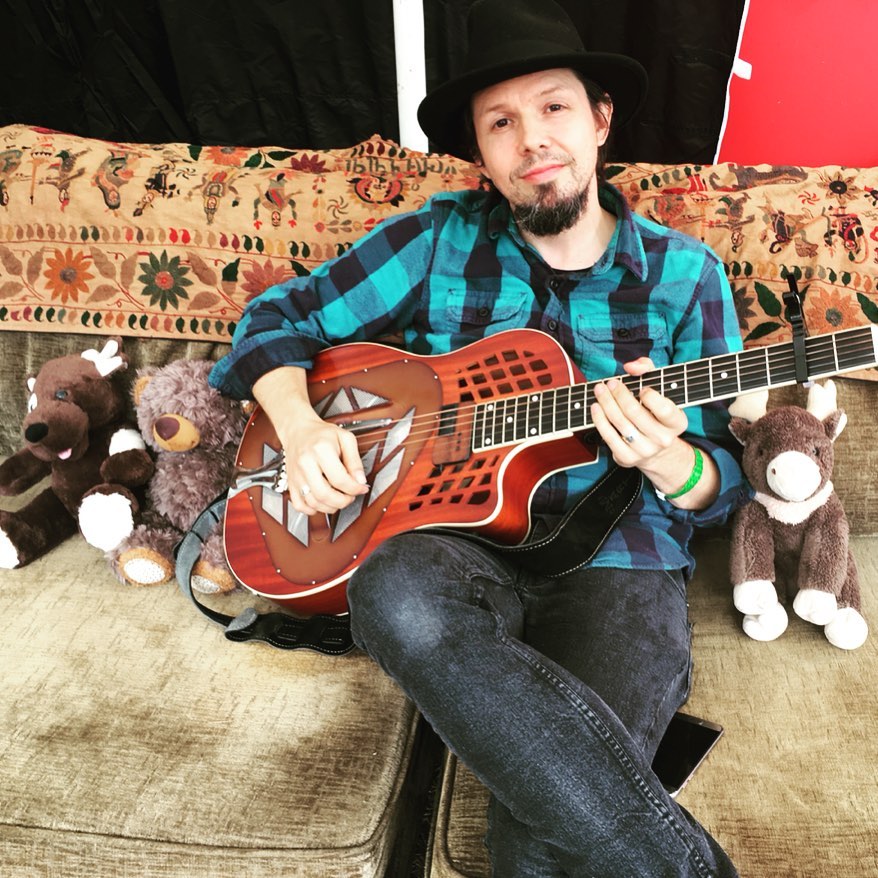 Like many musicians Tenzin, a long time local luminary in the singer-songwriter world, has not been playing many shows this year. We are very happy to be able to host him on one of our last shows of the year!

Come for the music, the cider and the tasty wood-fired pizza by Finger Lakes Flatbread.

Tenzin Chopak is an artist and songwriter based in Ithaca, NY. The son of a minister and an artist, and the brother of a fellow musician and songwriter Greg Horne, Tenzin learned to love music in his father’s church in Oak Ridge, Tennessee. He studied voice, piano, and guitar in his childhood and youth, frequently performing his original music publicly. In 1999, after some years of a burgeoning devotion to the study of Tibetan language and religion, he traveled to North India. It was during his eight month stay there that he was given the name “Tenzin Chopak”. For the following twelve years, while continuing his study of Tibetan in upstate, NY, Tenzin kept music a quiet if not hidden part of his life.

Chopak now performs and records simply under his name “Tenzin Chopak”, and is known for composing and performing music across the genres of roots and chamber folk, rock, and experimental and improvisational music. Most of the time though he performs with just an acoustic guitar and his voice.