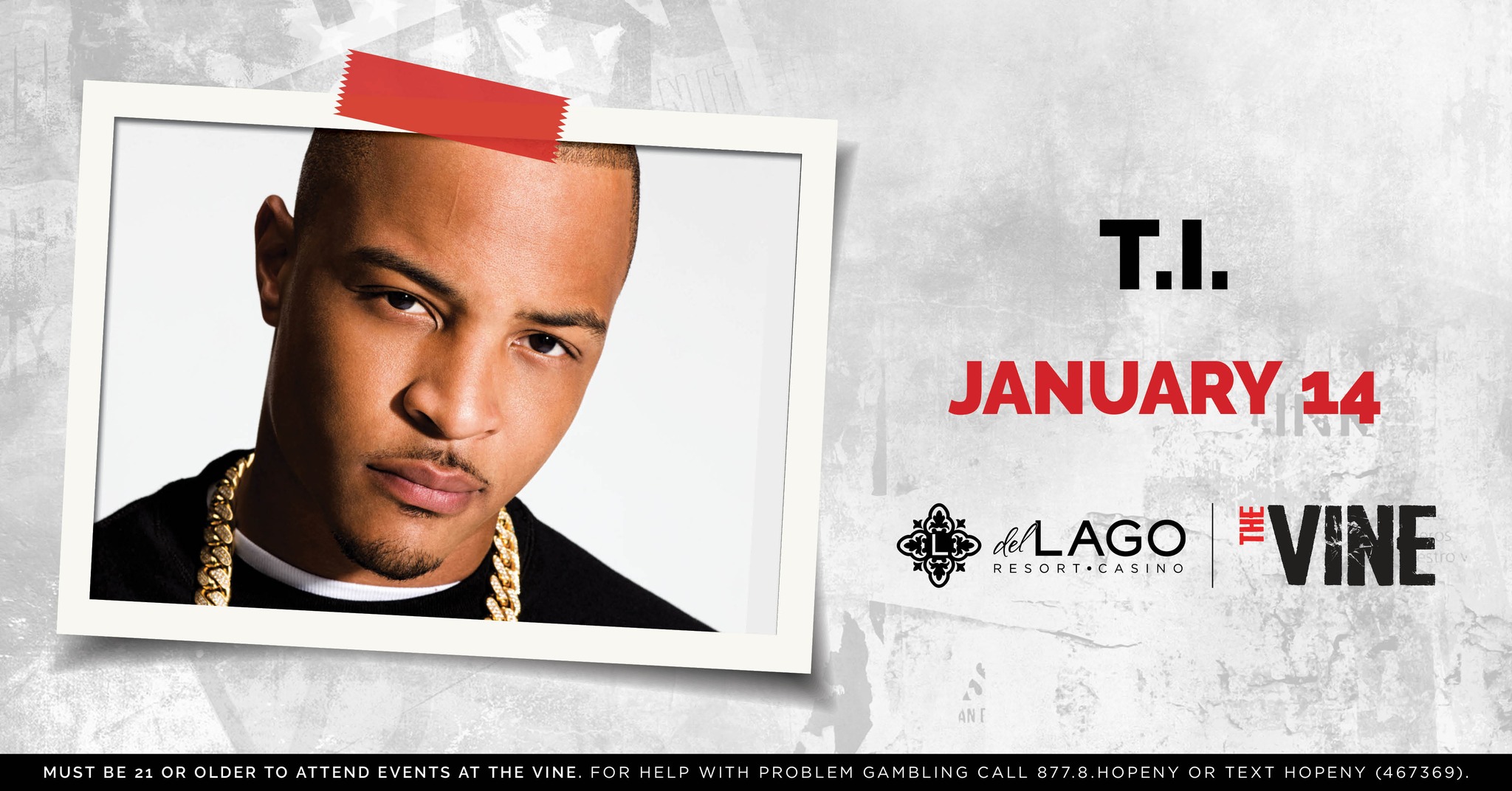 Once dubbed “the Jay-Z of the South” by Pharrell Williams, T.I. gradually came into his own and established himself as one of rap’s most successful MCs during the early 2000s. Like Jay-Z, T.I. — born Clifford Harris in Atlanta, Georgia — carried a balance of smoothness and toughness, and grew from regional acclaim in his earliest days to chart-topping records like 2008’s hit-spawning Paper Trail. His iconic presence influenced new waves of Atlanta rap talent, and T.I. continued making music alongside those following in his footsteps with albums like 2020’s The L.I.B.R.A.

T.I. was born Clifford Harris in Atlanta in 1980. He was rapping by age eight and signed on with Arista Records sublabel LaFace in 1999, changing his stage name from Tip to T.I. to avoid any confusion between himself and Arista labelmate Q-Tip. Although his 2001 major-label debut, I’m Serious, sold so poorly he was quickly dropped by LaFace, T.I.’s hustle was grand, and he pushed forward promoting independent mixtapes until he got a deal with Atlantic Records. Throughout those early years, T.I. maintained a consistent presence on urban radio stations in America: 2003’s Trap Muzik, 2004’s Urban Legend, 2006’s King (released in tandem with T.I.’s debut screen appearance in ATL), 2007’s T.I. vs. T.I.P., and 2008’s Paper Trail — all released through the MC’s deal with Atlantic — were Top Ten albums, with the latter three even spending time at the very top of the chart.

For better or for worse, T.I. also courted a good deal of controversy during his rise to superstar status. Far more ink was spent on his legal issues and conflicts with other rappers, including fellow Southerner Lil’ Flip, than on his Katrina relief efforts and other humanitarian involvements. One notable event occurred on May 3, 2006, when T.I.’s crew was caught up in a shooting after a show in Cincinnati. The crossfire left three people injured, while longtime friend and personal assistant Philant Johnson was fatally wounded. Despite such incidents, T.I. continued to flourish as the decade drew to a close, releasing three chart-topping rap singles and four Top Five pop hits between 2008 and 2009. His career took a breather in 2009, however, when the rapper entered an Arkansas prison to serve a year-long sentence related to federal gun charges. He was released from prison at the end of 2009, serving the rest of his sentence at a halfway house in Atlanta.

Just prior to the December 2010 release of his seventh album, No Mercy, he returned to prison, sentenced to 11 months for violating his probation. The album went gold, and the rapper was nominated for two Grammy Awards. After his release, he continued recording and co-starred in the VH1 series T.I. and Tiny: The Family Hustle. He issued Trouble Man: Heavy Is the Head, in December 2012. Influenced by Pharrell Williams, the rapper moved to the Columbia family of labels in 2013. Williams also executive produced his 2014 effort Paperwork, an album introduced by the single “About the Money” featuring Young Thug. It was T.I.’s eighth consecutive Top Ten album.