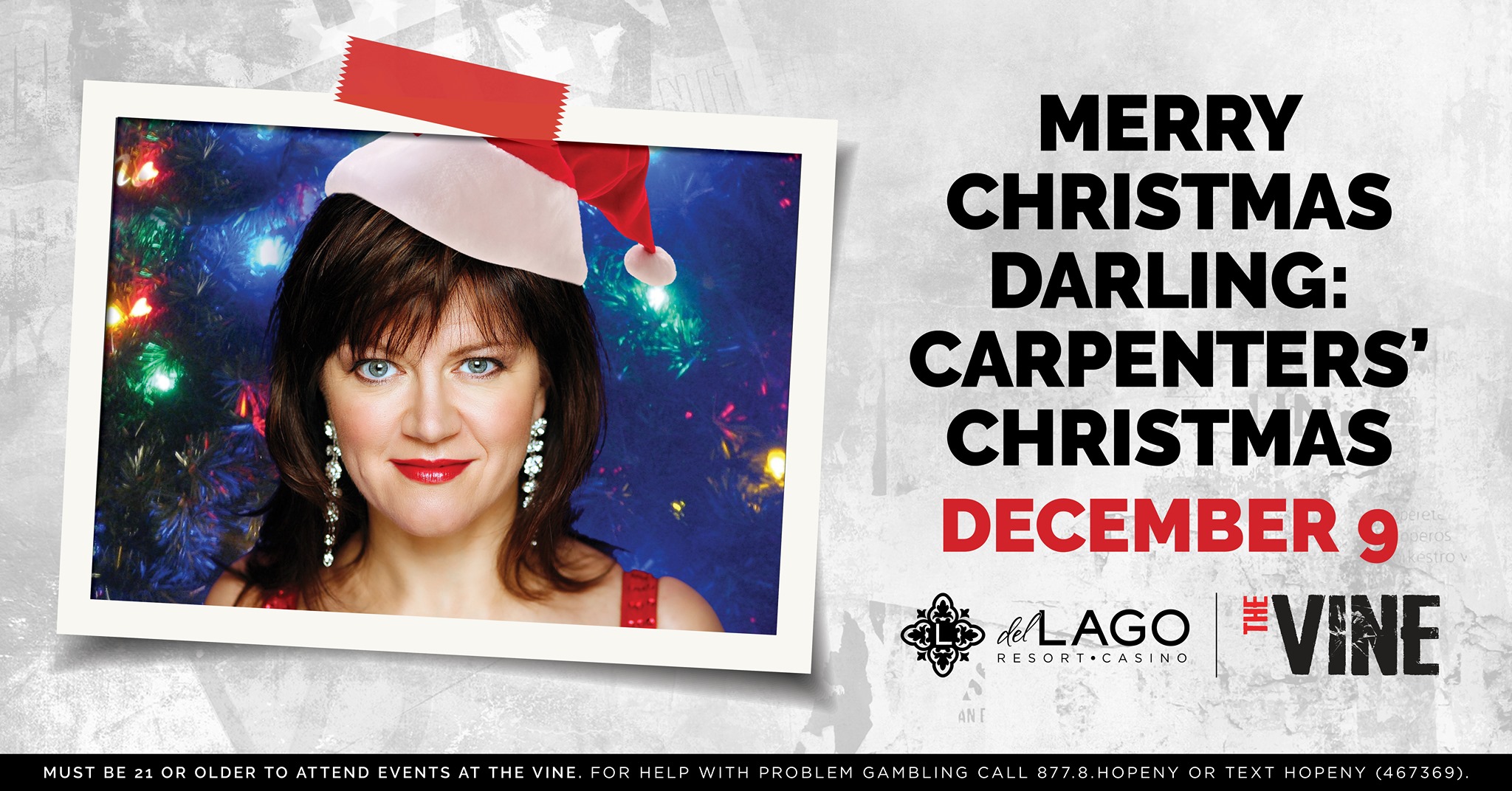 Long ago and oh so far away . . . the world fell in love with the Carpenters and their era-defining repertoire of songs. Merry Christmas Darling: Carpenters’ Christmas is a concert show celebrating one of the most successful recording acts of all time with their classic Christmas repertoire and a full complement of their biggest hits. A natural off-shoot of the show, We’ve Only Just Begun: Carpenters Remembered, this concert is guaranteed to put you in the holiday spirit!

The Carpenters sold over a hundred million records in just over a decade and still hold the record for the most consecutive top-ten singles. The dynamic combination of Karen’s voice and Richard’s compositions and arrangements created Grammy winning magic and won them a worldwide legion of loyal fans.
The Carpenters released two classic Christmas albums as well as two Christmas-themed television specials. Their holiday music is played every season and their Christmas records still top “Favorite Holiday Album” lists every year, even charting at No. 56 on the Billboard 200 in 2020.

Michelle Berting Brett takes center stage accompanied by her Nashville band directed by Harry Sharpe. Sharpe and the band have worked with popular music icons including: Donna Summer, Wynonna Judd, Collin Raye, Reba McIntyre, Tanya Tucker, John Michael Montgomery, and Michael McDonald.
The show re-creates the Carpenters’ sound and Berting Brett shares stories culled from extensive research and interviews with those who knew Karen and Richard personally and professionally. This is a family show that will have you singing along to the Carpenters’ classics and all your Christmas favorites!