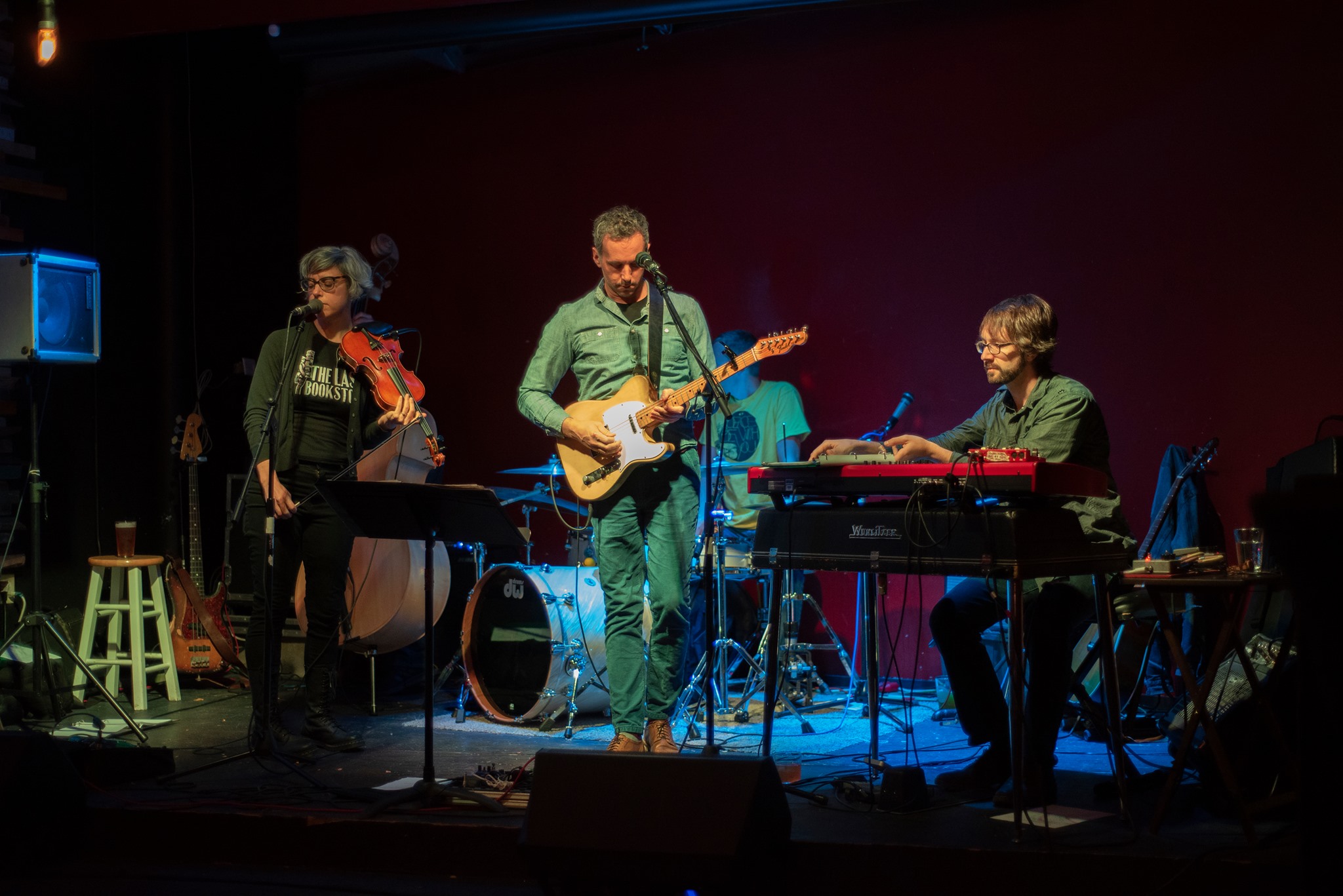 Friday Night Farm Jams @ the Finger Lakes Cider House brings you Not from Wisconsin on Friday, July 9. Come on out at 6pm to get settled, grab some delicious farm-to-table food, mouth-watering sour dough pizza, and a delicious glass of cider. Plenty of chairs & tables or feel free to bring your own blanket & chairs. Kick back, watch the sun set, hang out with friends, listen, tap your feet & sing along! ($5/adult cover charge to support musician). Music 6:30 – 8:30 PM.

Not From Wisconsin has been performing it’s blend of indie rock/chamber folk since 2008. They have a new album coming out in 2021 and two previous records under their belts, a self-titled debut out in 2010 and the follow-up And Again released in 2015.

“Dave Yantorno, the songwriter, guitarist, and singer for Not From Wisconsin, describes his band’s music as “chamber folk” or “chamber rock.” Given that his compositions tend to oscillate back and forth between ripping, syncopated rock tunes and slow, meditative, country-inflected songs, both characterizations seem fair. Not From Wisconsin is able by turns to sound as ticked off as Uncle Tupelo and as pensive as Mazzy Star.” Ithaca Times