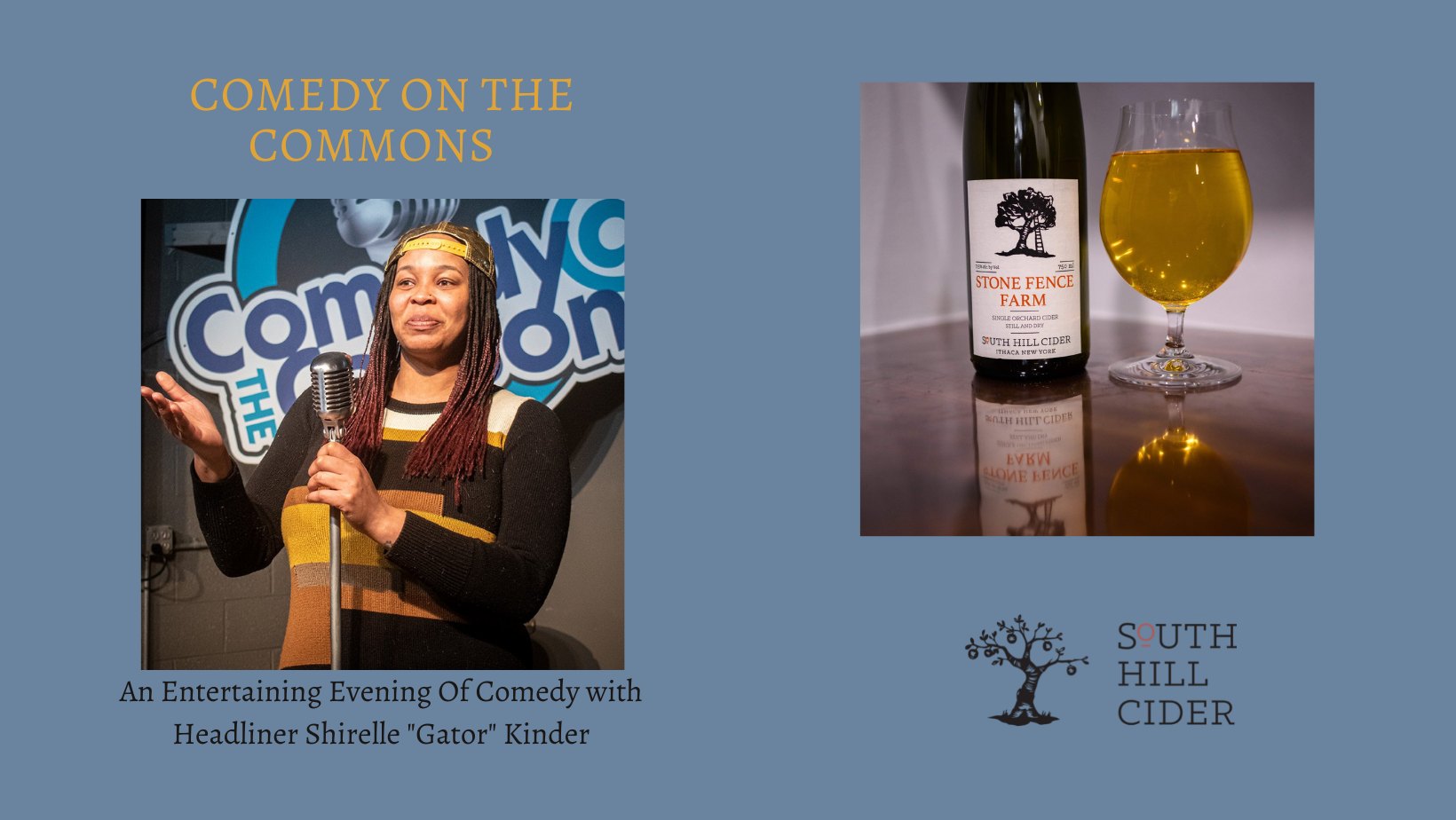 New York’s funniest, and most entertaining comedians are coming to entertain you. Comedy on The Commons is excited to bring the best of NYS Stand-Up Comedy to South Hill Cider. Hosted by Upstate New York’s favorite comedian, Kenneth McLaurin, and headlined by Rochester’s own nationally touring comedian Shirelle “Gator ” Kinder, this is definitely a 5-star show. We will also feature some of the best of the up-and-coming NYS comedians.

Come out with old friends and make some new ones.

For more information and tickets: https://www.comedyonthecommons.com/event-info/comedy-on-the-commons-south-hill-cider

Press passes are available upon request.