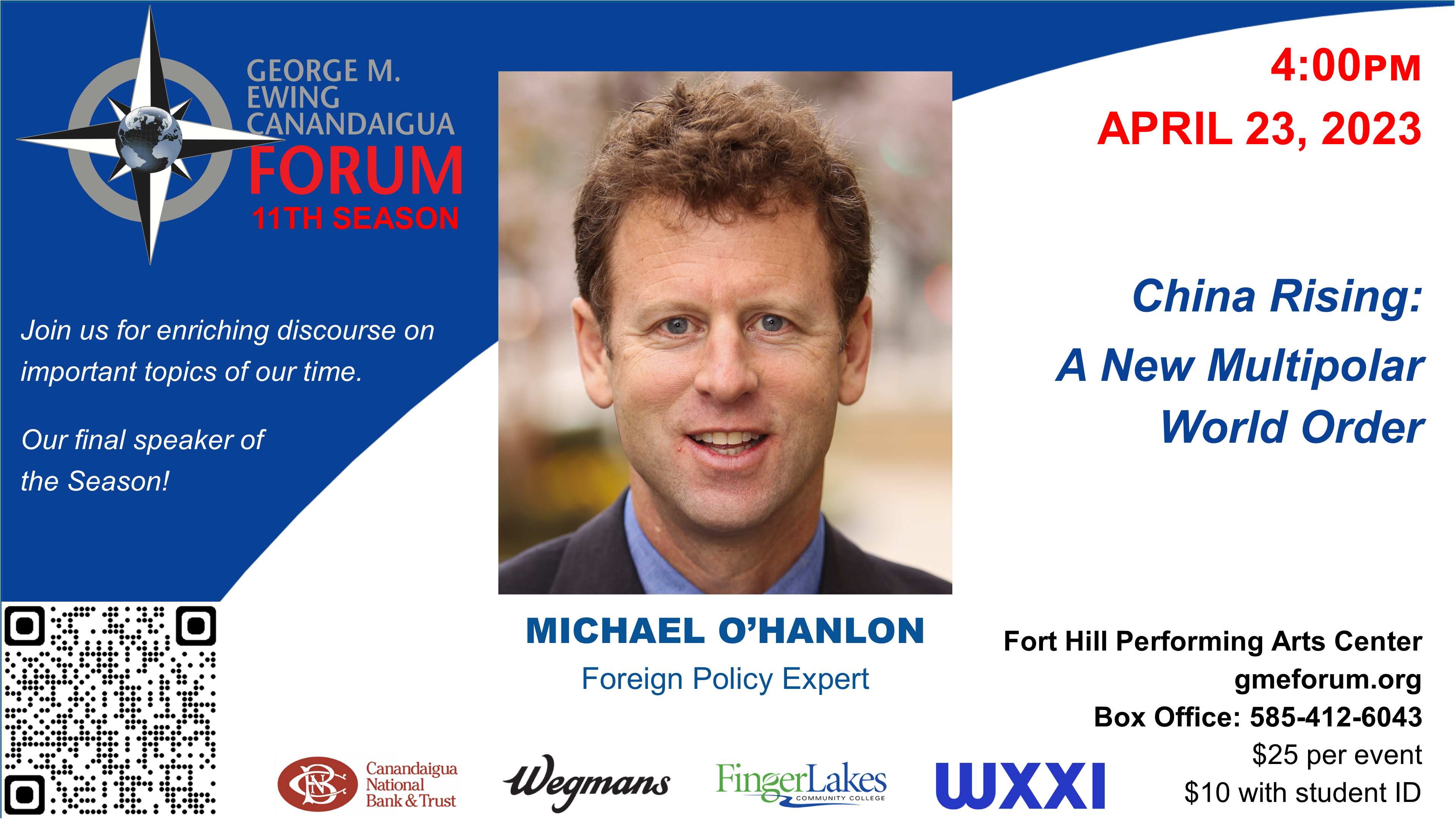 In 1972, President Richard Nixon’s visit to Beijing marked the end of China’s global isolation and its return to the world scene. Fifty-one years later, China has grown from economic irrelevance into a global manufacturing superpower; developed its insular, inward focused foreign policy into a muscular, quasi-imperialistic domination of developing nations and neighbors; and expanded its antiquated, defensive oriented military into a technological, power projection force with global reach.

What does China’s rise into global leadership mean to the United States? How should we engage with and/or defend against China’s expanding economic, political, military power?

In extended discussion with Michael Winship, foreign policy expert Michael O’Hanlon will help us understand the implications China’s rise to global prominence is having on our national security today. And tomorrow.