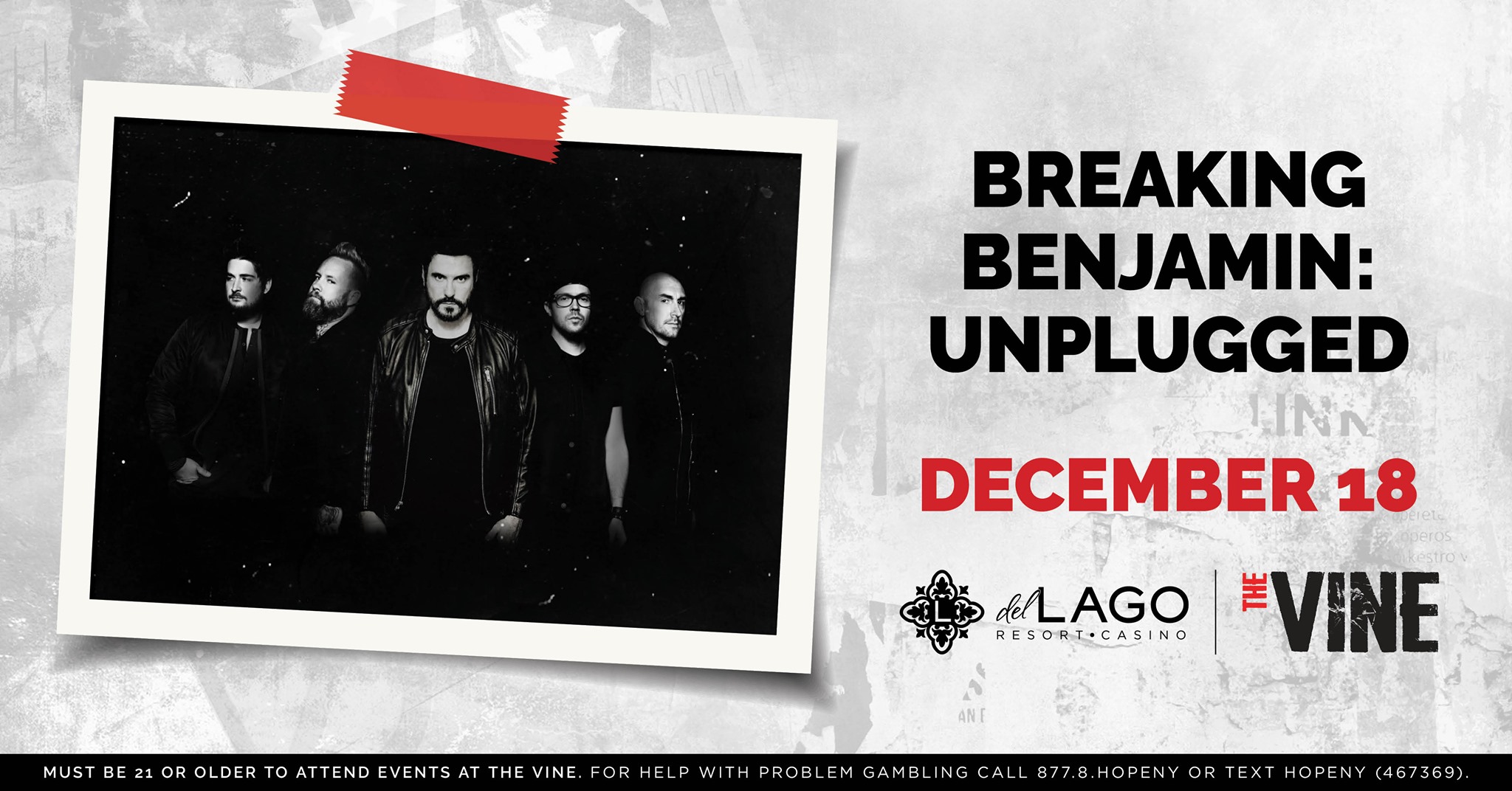 Multi-platinum band Breaking Benjamin debuted in the early 2000s with a brand of metal-tinged alternative that came to define the sound of mainstream rock. Over the years, multiple lineup changes impacted the sound of the Pennsylvania hard rock outfit, which developed into a more arena-friendly act by the late 2000s. Originally indebted to the minor-chord dirges of grunge rockers like Alice in Chains and the menacing darkness of nu-metal acts like Godsmack, Breaking Benjamin became one of the most popular rock groups in the United States, scoring a number one with the single “Breath” in 2007 and topping the Billboard 200 in 2015 with Dark Before Dawn. Most recently, Breaking Benjamin released their 10-song album, Aurora.Must be 21 or older to attend events at The Vine.