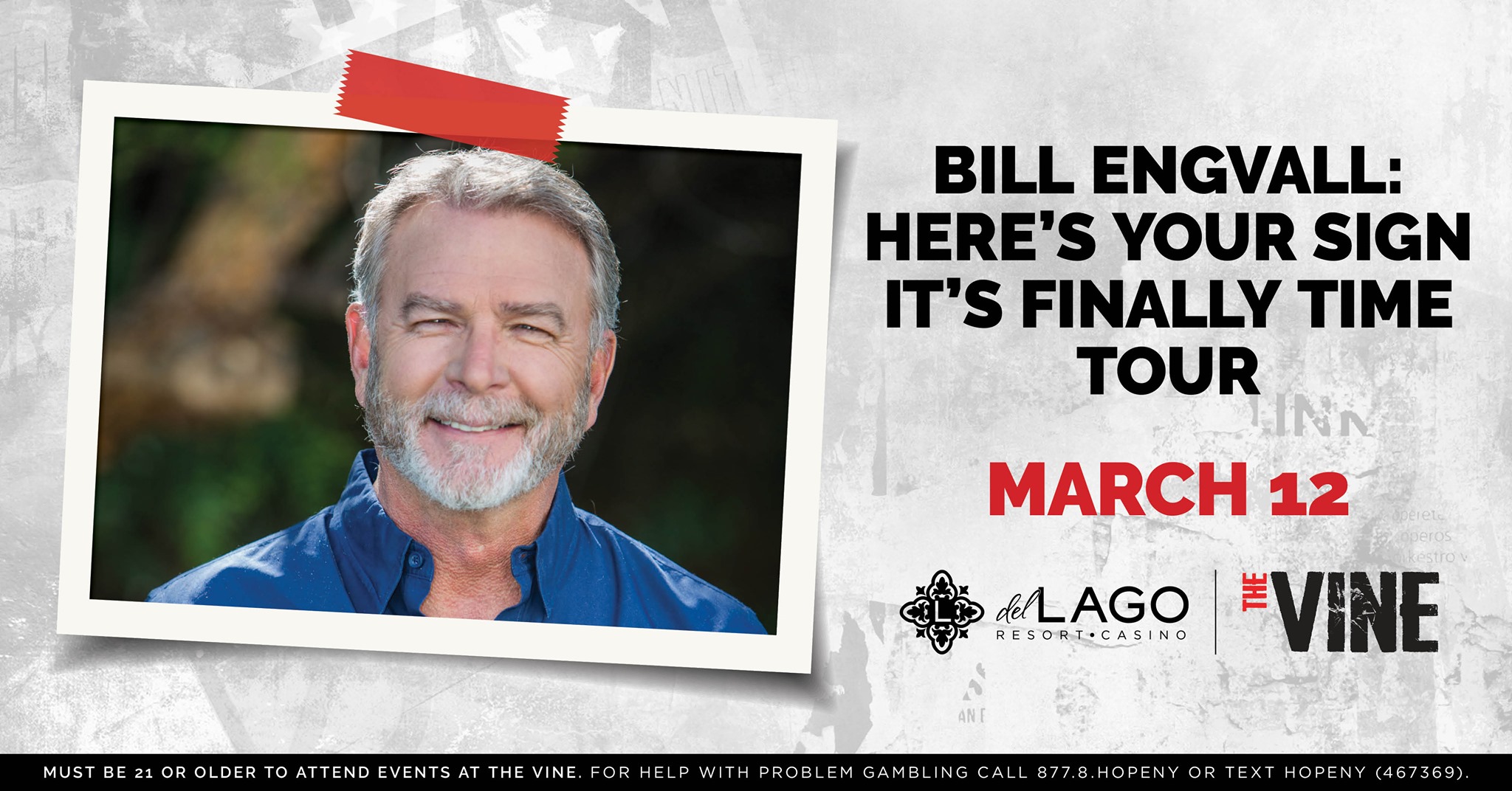 Bill Engvall is a Grammy-nominated, multi-platinum selling recording artist and one of the top comedians in the country. Bill can regularly be seen in a recurring role on the hit FOX sitcom Last Man Standing playing Reverend Paul. The series, starring Tim Allen, is currently in its ninth and final season.

He was recently awarded “Casino Comedian” of the year at the 2019 Casino Entertainment Awards in Las Vegas, NV. He is currently on tour and since 2016, Bill has hosted a weekly podcast “My 2 Cents” with PodcastOne which offers his funny, thought-provoking and unique perspective on just about everything. Bill’s latest comedy special “Just Sell Him For Parts” is currently available on the VUDU streaming service. In addition to acting and stand-up Bill is also the spokesperson for the insurance company Health Markets.

Bill recently wrapped production on A New Season where he reprises his role of Coach Z, from Catching Faith in 2015. He also had a role in the thriller, Monster Party, where three teenage thieves infiltrate a mansion dinner party secretly hosted by a serial killer cult for the social elite. Bill has been a contestant on numerous game shows including Hollywood Game Night, Celebrity Family Feud and Funny You Should Ask. He was also guest-starred on Problematic with Moshe Kasher on Comedy Central. Bill also starred in the 2016 movies Wish for Christmas and thriller The Neighbor.

Bill was a contestant on season 17 of ABC’s Dancing with the Stars, and as a fan favorite, he made it to the finals. Bill lent his voice to the animated comedy series Bounty Hunters, which aired on CMT. He previously starred in, and executive produced, the TBS sitcom The Bill Engvall Show. Bill was part of the enormously successful Blue Collar Comedy concert films, which sold over 9 million units and received a Grammy nomination. He also starred on the WB’s hit sketch comedy show Blue Collar TV and in several solo specials for Comedy Central. In 2012 he reunited with Jeff Foxworthy and Larry the Cable Guy on the Them Idiots Whirled Tour, which aired as a special on CMT.

Bill’s first album, Here’s Your Sign is certified platinum and held the #1 position on the Billboard Comedy Chart for 15 straight weeks. His second album, Dorkfish debuted at #1 on Billboard’s Comedy Chart, as did his subsequent comedy albums. Bill has written several books, including his 2007 autobiography Bill Engvall –Just A Guy.

A native of Galveston, Texas, Bill moved to Dallas and worked as a disc jockey while planning to become a teacher. While in a nightclub one evening, he tried his hand at stand-up comedy and found that making people laugh was truly his forte. Soon after, he moved to Los Angeles and went on to star in the Showtime special, A Pair of Joker’s, hosted A&E’s Evening at the Improv and appeared on The Tonight Show and Late Show with David Letterman. In 1992, Bill won the American Comedy Award for “Best Male Stand-up Comedian.” He appeared in several episodes of Designing Women and co-starred in Delta and The Jeff Foxworthy Show. Bill resides in Southern California with his family.