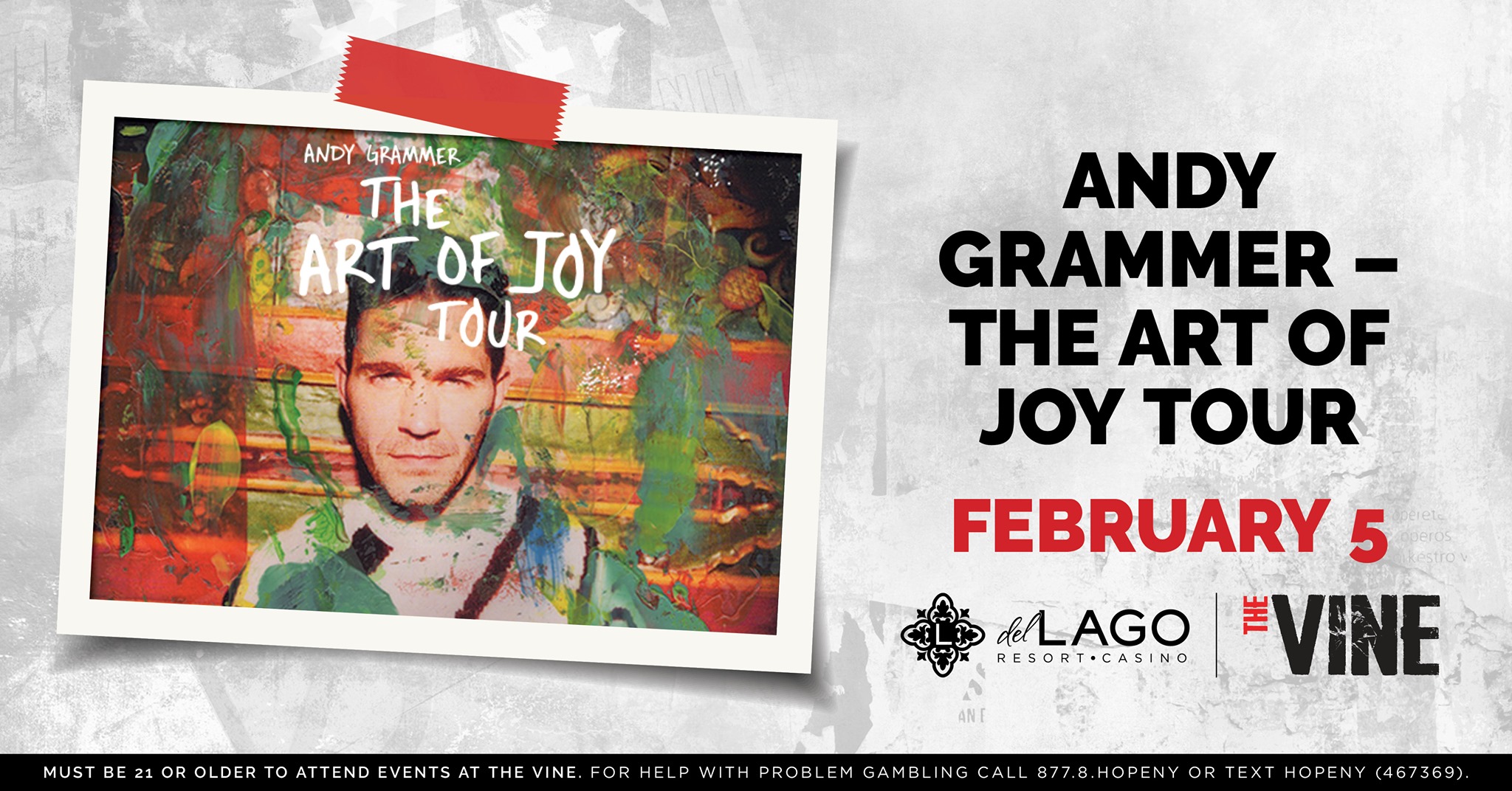 Multi-platinum troubadour Andy Grammer continues to engage, energize, and empower audiences with stomping stadium-size pop anthems meant to be shared at full volume. His observations and affirmations pick you back up when you need it, affirm your potential, and encourage you to keep going. His catalog consists of numerous bona fide hits, including the quadruple-platinum “Honey, I’m Good,” platinum singles “Keep Your Head Up,” “Fine By Me,” “Don’t Give Up On Me,” “Fresh Eyes,” Good To Be Alive (Hallelujah),” gold single “I Found You,” and the gold albums Andy Grammer and Magazines Or Novels. He has quietly generated billions of streams and lent his music to films such as Five Feet Apart. When “Don’t Give Up On Me” soundtracked ESPN’s 13th Annual V Week for Cancer Reach, he garnered a Sports Emmy for Outstanding Music Direction and a Clio Award. Beyond selling out shows on multiple continents, he has electrified dozens of television shows, including The Today Show, Jimmy Kimmel LIVE!, Good Morning America, American Idol, The Tonight Show Starring Jimmy Fallon, and The Late Late Show with James Corden in addition to appearing as a contestant on Dancing with the Stars. Most recently, his 2019 offering, Naïve, arrived at widespread critical acclaim. Parade attested, “Each song on the album magically pinpoints its emotional target with brilliant composition and performance,” and People hailed it as “touching.” Once again, he makes a connection on his forthcoming fifth full-length album led by the song “Lease On Life.”